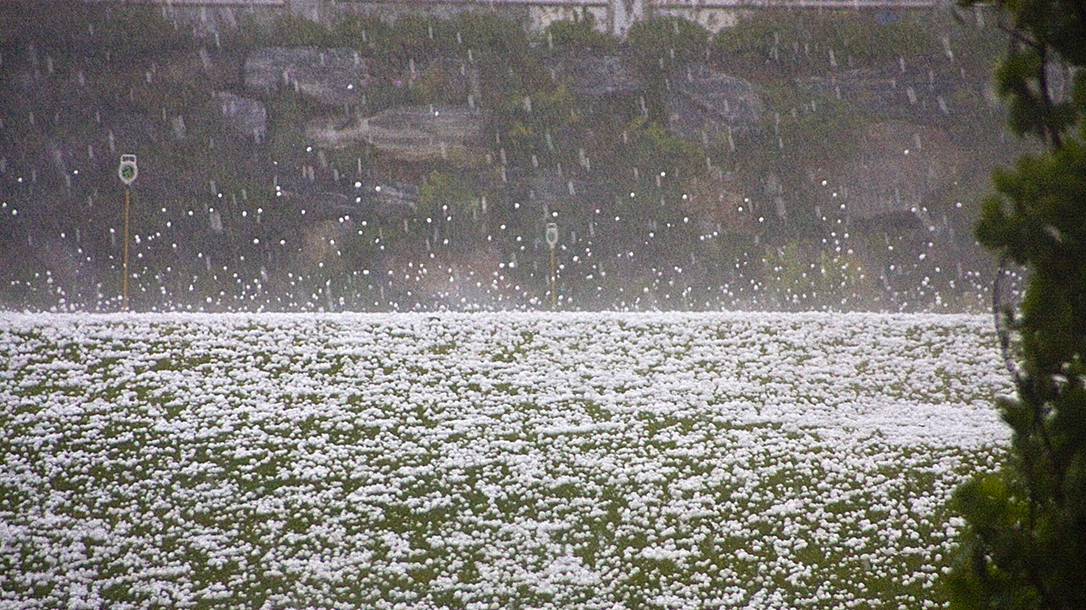 13 Then the LORD said to Moses, “Rise up early in the morning and present yourself before Pharaoh and say to him, ‘Thus says the LORD, the God of the Hebrews, “Let my people go, that they may serve me. 14 For this time I will send all my plagues on you yourself, and on your servants and your people, so that you may know that there is none like me in all the earth. 15 For by now I could have put out my hand and struck you and your people with pestilence, and you would have been cut off from the earth. 16 But for this purpose I have raised you up, to show you my power, so that my name may be proclaimed in all the earth. 17 You are still exalting yourself against my people and will not let them go.

18 “Behold, about this time tomorrow I will cause very heavy hail to fall, such as never has been in Egypt from the day it was founded until now. 19 Now therefore send, get your livestock and all that you have in the field into safe shelter, for every man and beast that is in the field and is not brought home will die when the hail falls on them.”‘” 20 Then whoever feared the word of the LORD among the servants of Pharaoh hurried his slaves and his livestock into the houses, 21 but whoever did not pay attention to the word of the LORD left his slaves and his livestock in the field.

27 Then Pharaoh sent and called Moses and Aaron and said to them, “This time I have sinned; the LORD is in the right, and I and my people are in the wrong. 28 Plead with the LORD, for there has been enough of God’s thunder and hail. I will let you go, and you shall stay no longer.” 29 Moses said to him, “As soon as I have gone out of the city, I will stretch out my hands to the LORD. The thunder will cease, and there will be no more hail, so that you may know that the earth is the LORD’s. 30 But as for you and your servants, I know that you do not yet fear the LORD God.” 31 (The flax and the barley were struck down, for the barley was in the ear and the flax was in bud. 32 But the wheat and the emmer were not struck down, for they are late in coming up.)

33 So Moses went out of the city from Pharaoh and stretched out his hands to the LORD, and the thunder and the hail ceased, and the rain no longer poured upon the earth. 34 But when Pharaoh saw that the rain and the hail and the thunder had ceased, he sinned yet again and hardened his heart, he and his servants. 35 So the heart of Pharaoh was hardened, and he did not let the people of Israel go, just as the LORD had spoken through Moses.

In the first four “wonders” (plagues) that the Lord brought upon Egypt, we have already noticed two important themes.  We have seen the hardening of Pharaoh’s heart, by God’s action and by Pharaoh’s action.  We have seen the power of God crush all the powers of Egypt, king, priests, and gods.

Again, we see the hardening of Pharaoh’s heart “just as the Lord had spoken to Moses.”  Again, we see the humbling of Egypt and their gods.  Apis, the bull god, cannot stop the cattle from dying.  The Egyptian gods who could heal; Amon Re, Thoth, and Imhotep; could not protect the people from the boils.  All their gods of sky, rain, storms, and wind could do nothing about the hail.

Now we notice another theme that leads to an important message.

Do you remember what God said previously in Exodus 8:22-23?  The flies did not infest the land of Goshen, where the people of Israel lived.  This is the beginning of a pattern that continues in chapter 9.  Plagues 5, 6, and 7 occur only among the Egyptians, not among Israel.  Verses 6 and 26 make this plain.  God is protecting His own people from His wrath poured out on the Egyptians.  This does not mean that the people of Israel are not suffering.  There is plenty of suffering, and much of it at the hands of Pharaoh.  But God is protecting them from the worst of His destruction.

The Lord often protects His people in just this way.  We go through tribulation, but always with a hedge of protection about us.

For they themselves report concerning us the kind of reception we had among you, and how you turned to God from idols to serve the living and true God, and to wait for his Son from heaven, whom he raised from the dead, Jesus who delivers us from the wrath to come.    1 Thessalonians 1:9-10

Ultimately it is in Jesus Christ that God protects us from His wrath.

Finally, consider God’s speech through Moses to Pharaoh in verses 13-17.  God is explaining to Pharaoh and to us why He is doing all this the way He is doing it: the commands to Pharaoh, the plagues one after the other, allowing Egypt to exist through it all.  He could have done the job in an instant and rescued Israel quick and easy.  God is doing all this “so that you may know that there is no one like Me in all the earth.”  He repeats the idea in verse 16, to show His power and proclaim His name “in all the earth.”

People try to ignore God, push Him away, pretend that He does not exist.  It is a foolish effort.  God will make Himself known, either in love or in wrath.  How do you want God to glorify Himself in your life?